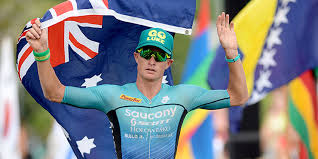 These are some questions I have asked pro triathletes a few years back for a publication I was working on.  I thought it would be fun to break them up into questions and post a new question each week.

What brought you to the sport of triathlon?

I grew up near Forster the original home of Ironman Australia and I would volunteer on the aid stations with my parents in the mid to late eighties. I didn’t start triathlon till 1994 but I’d seen, supported and knew about it from a young age.

Elly Frank
I did Noosa Triathlon for fun when I was about 20. I was on a borrowed Flat bar style mountain Bike and even though I got thrashed I loved it!

There was the Ironman Zurich just around the corner from my house and I entered the olympic junior race as my first triathlon. Terrible experience, I got 2nd last.

I was previously a runner. After several injuries I bought a bike to cross train. I enjoyed it so much I started competing in cycling races locally before my (now) manager convinced me to give triathlon a go.

I began running just as a way to stay in shape. Just because it got you 2 free beers at the beer garden after, and I ran a local 10K and ran okay. A friend who had done some triathlon in college urged me to try out triathlon and I am glad she did. I did a sprint race and was hooked.

I was bored with my working life and needed something for me, a hobby. I hadn’t done any exercise in about 7 years and my husband encouraged me to have a go at one of the short triathlons aimed at getting women involved (200m swim, 15k bike, 3k run). That was in 2005 and I was instantly hooked on the sport.

I started triathlon 7 years ago when I moved to Australia from Sweden. Back in Sweden I had done some running and mountain biking. After moving I wanted to keep that up but found that I preferred riding on the road. I then started doing some riding and running with a tri squad and thought I might as well take up swimming as well since everyone else I was training with was doing it. I did a few races and found that I was doing ok (once I got out of the water that is). After about 2 years I started taking it a bit more seriously and did a few longer races and really found my stride and from there, there was no turning back.

The Lennox Head triathlon, made my debut when I was 10 and haven’t looked back.

I first started out in triathlons at my school in SA in year 10 at Sacred Heart College; I played AFL and Cricket at a high junior level and thought it would be a good idea as it was introduced as a school subject. I think I finished 3rd last in my first race but I was hooked and gave up all my other sports to concentrate on being good at this sport.

I have always been competitive at a range of sports, playing rugby and racing Motocross from an early age. I was drawn to the challenge and enormity of an Ironman, I work as a Personal Trainer and have coached a few athletes at varying distances of Triathlon and running. It is a great sport for socialising and training with like-minded people, and complements a healthy lifestyle.

I was a swimmer/runner from an early age and rode to school and swimming every day so i was already doing all 3 sports from a very early age. when i was 12 i entered an Ironkids triathlon at the local gym and from there went to a triathlon taster day with Jack Maitland and Simon Ward

My brother got me into the sport when I was 15.

I started swimming when I was young and quickly had success with some national titles and records. My performances started to plateau when I was about 13 and others started to mature quicker than me. I went from winning titles so not even making finals, all because overnight kids grew beards and grew upwards while I remained rather undeveloped. Naturally I began to lose interest in swimming, and because I was doing a lot of school running at the time I easily found triathlon. I loved it and it stuck.

I was playing semi pro football, and I was playing in an FA cup qualifying round, I was stood on the pitch and I just thought to myself why am I doing this!

So I stopped playing. I was going to America, and In the airport I seen a triathlon magazine, I thought that sounds cool. Booked my 1st race which was London Tri.

At the Age of 16 I started to do some mountainbiking and with 18years I did my first race and discovered my competetiv genes. The following winter I wanted to stay fit and went to the pool twice a week. I met a triathlon training squad and started to train with them. In the next summer I did my first triathlon and got hooked immediately although my running was really bad.

Actually my friends at school and I entered a team triathlon and I barely made it through the swim section or 500m and got owned by every-one and it hit a competitive nerve in me… Since then I have been doing tri’s for fun and competitively.

I was actually a tennis player, but I did a lot of swimming and cross country running for my high school team and one day a schoolteacher suggested a few of us do a triathlon and I did pretty well, considering I was on a mountain bike, and so I was hooked with the sport.

My first triathlon was at the start of 2006 down at Beauty Point. My mate Matt Guy asked me come along to it, where I competed in the novice race and came third. What kept me hooked is the variety of training you are able to do, it never makes the sport boring.

MY COMPETITIVE NATURE AND PASSION FOR HEALTH AND FITNESS

I had been a competitive athlete my whole life – throughout my youth and in high school – and when I started college, I was not continuing with any of my previous sports (soccer, swimming, track). I was an active (weight lifting) freshman, who worked as a life guard. I was more concerned with trying to look good and impress the girls, than with competing. So naturally, when a friend pointed out that there was an intramural sprint triathlon on campus, I jumped at the chance. What better way was there to look good and impress the ladies! (Incidentally, the race kicked my butt, and not even the ladies that beat me were too impressed with my moves…) 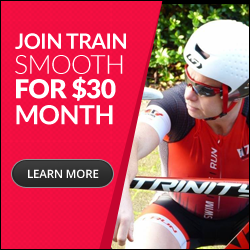