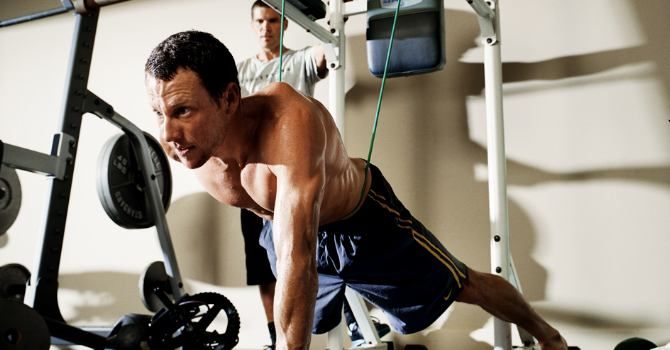 In 2008 when Lance announced he was making a comeback to professional cycling, Lance hired strength and conditioning coach Peter Park to help prep his body for the demands of training for the 2009 Tour de France. The goal was to focus on core strength, build leg power and work on a few imbalances Lance had developed since he retired in 2005.

“If you’re a cyclist, you need to have the upper body of a 12 year old girl and the lower body of a power lifter” coach Park said

Warm up:
Perform one set of each exercise without resting

Strength Circuit Two
Perform one set of each exercise without resting.
12x Single-Leg Squat
10x each side Lunge

Metabolic Circuit
If Lance is exhausted, he stopped here. But if he still had energy, he performed this final circuit up to three times, depending on how good he felt. Perform one set of each exercise without resting.