You will find with most companies, their sales marketing budget is already stretched extremely thin and no doubt receive a large number of proposals from a wide range of marketing businesses every day, so sponsoring an athlete or an event is generally not even on their radar, but there could be other budgets within the organisation that you may be able to target.

A NASCAR race team was actively looking for a major sponsor and during their investigation into possible companies to target, they noticed that FedEx’s marketing budget was already used up for the financial year, however they discovered that their HR department had money in their budget . The race car team set out a proposal that would help the HR department to recruit staff and ultimately reach their goals.

The plan was simple and brilliant. At an event, the team would talk to the crowd on stage and ask the crowd “Is everybody here happy where they work”? Generally, the instant reply was a unanimous “Hell No”. The team then spoke about FedEx and how they are currently recruiting. Behind the crowd were tables where application forms were available and people to assist. 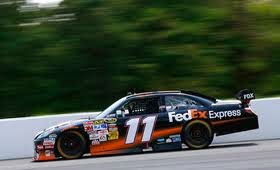 This campaign was so successful, FedEx had hoped to employ around 80 people from the event, but in fact employed over 120 people. This was a successful and well thought out idea from the NASCAR race team.

They gained this sponsor because they were able to think outside of the square and become part of FedEx’s strategy. When you are investigating a possible target, look at all aspects of the company and continually ask yourself, ‘how can I help them’? Once you find something that you can offer of real value to a company or a department, then you are on the right track to gaining a new