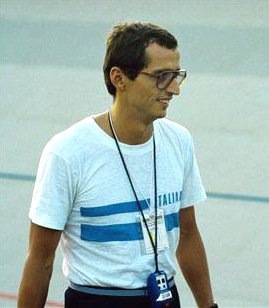 Dr. Ferrari uses five training zones that are created with regular lab and field testing of lactate, power output, VAM and heart rate. His zones are:

So looking at a couple of athlete’s files that Dr. Ferrarie coached and or consulted, translating MF zone list to a FTP test would look something like

Dr. Ferrarie’s training method is “threshold method” and he made augments that this method received better results than “polarized training” with regards to performance.

Medio would be between 20-40% of the total volume however it could be higher in the off season and lower during the race season. Dr. Ferrarie uses Medio to build the base fitness for his athletes. Soglia sessions would generally be given twice per week and the rest of the training in the week was done mostly at Lento.

One part that I struggled to fine was apart from short 20-30 second surges, there was no finding of VO2 max work. most of the intervals/efforts were done at or hovering just under threshold. All up, He gives very little Super Soglia. This is inline with an interview Lance Armstrong gave earlier 2020 that Ferrarie’s philosophy “We never, ever, ever, ever, ever trained above threshold” Armstrong said, “The only time you would get efforts above lactate threshold was in races.”

Dr. Ferrarie is well known for telling his athletes that they are too fat even if they are bordering on being anorexic. He would get athletes to weigh food so they consumed the right amount of nutrition and not to consume any more or any less.

When it would come to weight loss and calorie deficiency, he wouldn’t let his athletes go more than two weeks in a row. If the athlete had a good amount of weight to lose, he would get them to be calorie deficit in two week blocks as the quality of the training was more effective with performance improvements.